What is Super Therm® Ceramic Coating?

Did you know a 6° reduction in the thermostat produces a 39% reduction in utility costs Con Edison, NY. Super Therm® reduces temperatures approximately 10-40% by reducing heat load and therefore less pressure on air conditioners to keep your environment cool.

Super Therm® has been thoroughly tested and proven and is used by many corporations and applied to millions of m2 around the world since it was first applied in 1989. It has continued its long lasting proven success for over 30 years and the benefits, environmental rewards and sustainable results are comprehensive.

The last polymer additive ensures a slow drying time to prevent cracking as well as add a silky finish. The resin/ceramic combination has been shown to reflect both heat and fire, withstand elements for 30 to 40 years, endure 180° temperatures, bend without cracking, and resist water and ultraviolet light. 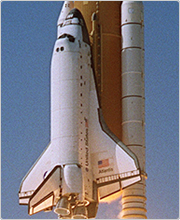 Super Therm® was developed as a ceramic coating to block heat. In collaboration with the National Aeronautics and Space Administration’s Technology Utilization Office, J.E. Pritchett created a water-based paint composed of four ceramic compounds embedded in a foundation of four resins.

The ceramics used in Super Therm® do not conduct heat. Therefore, you will not feel any heat even when those ceramics are burned on your hand with a burner (1300℃).

Physics show that ceramics melts at thousands of centigrade unlike metal, plastics and fibreglass and ceramics do not release poisonous chemicals. Ceramics are a natural insulator. 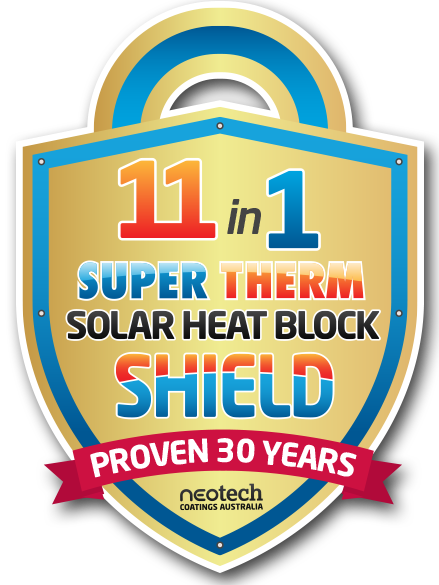 Creation and progress of Super Therm® was achieved in NASA when trying to develop a heat shield for space shuttles that thanks to the advanced ceramic technology resisted extreme heat fluctuations (see the Super Therm® story and science).

On the basis of this, the manufacturer SPI II Inc. USA decided to collaborate in developing of their main product Super Therm® with the research centres at NASA. Successful development of the insulating coating with inimitable characteristics succeeded in particular thanks to collaboration of the scientists and ceramic engineers from Marshall Space Center (NASA). After 2 years of testing of more than 600 different kinds of ceramic components 3 ceramics with the greatest ability of radiation reflection and the smallest heat conductivity were ultimately selected.

Super Therm® ceramic coating manufacturers, SPI II Inc. accomplished their most important task – the coating provided not only the heat reflection like other ceramic “heat – reflecting” coatings on the market but also blocked most of the heat transfer. View NASA Testing results.

Super Therm® greatly reduces the roof temperature, improves the work environment and increases the efficiency of air conditioning. In cool environments it also keeps heat inside a room in winter, so it reduces the energy consumption throughout the year.

Even when the Super Therm® surface becomes dirty, it does not affect the room temperature reduction effect thanks to the effect of special ceramics developed by NASA. Compare Super Therm® to reflective coatings test.

Super Therm® is accepted by the USDA as a non-toxic coating in terms of food sanitation, and it can be used in food factories, dairy factories, and on the interiors of stockbreeding buildings. The quality tests of water in Japan also prove its harmlessness.

Super Therm® is classified as the highest class “K” with zero off-gassing in the flammability test at NASA (Marshall Space Flight Center). Super Therm® does not emit any toxic gases in fire.

The burning test by Japan Railway Rollingstock and Machinery Association for railway vehicle (8-135K) proves that Super Therm® is nonflammable. Super Therm® is classified as the highest class “A” rated having “0” flame spread on all three samples in the flammability test at NASA (Marshall Space Flight Center)