Super Therm® is used around the world so you can be sure its proven, scrutinised and tested with outstanding results

Super Therm® has a 70% market share in Japan, is used widely in Europe, South East Asia, the Middle East and Australia. Through 20+ years of application and testing, Super Therm® has proven to be the most effective insulation and weatherisation coating on the market.

K-TECH is a manufacturing facility located in Grainfield, Western Kansas, USA. The climate is very severe with -21°C (-5°F) in winter with snow and ice and 38°C (100°F) in summer with sand-storms and very strong solar radiation.

Super Therm® was originally applied to a factory roof of K-TECH in 1989. It was inspected at tested for durability and performance on July 10, 2019. 30 years later: NO deterioration; NO failures; NO loss of performance; NO corrosion. See more >

S Corporation was one of the first manufacturers who obtained ISO14001, and they have been active in the environmental and green manufacturing process. They are engaged in the CO2 reduction to fight global warming. Super Therm® was selected as a part of their activities to reduce CO2 by reducing the energy consumption of air-conditioners.

Result: The initial cost difference was paid off in about one year with Super Therm® energy saving effects.

Super Therm® Cool Roof Restoration System was featured as an Innovative Use of Ceramic Coatings to Alter the Approach to Building Heat Gain.

One day prior to the symposium and presentation Super Therm® was applied to the exterior of a typical metal building on the US Air Force base that did not have any traditional insulation or drop ceilings. The days preceding the conference and during the conference had ambient temperatures ranging from 43°c to 45°C (111° to 113°F).

Prior to the presentation and demonstration all air conditioning was shut off for 3 days in order to accurately determine the effectiveness of the Super Therm® in blocking the heat load onto the metal skin of the building.

After 3 days in 43°c to 45°C desert heat with no insulation or air conditioning the interior of the metal building coated with Super Therm® was 29°C (85°F) of the locked metal building.

After the classroom presentation nearly 200 attendees were bussed to the test site and were asked to touch the exterior side. They we impressed to see that the exterior temperature of the Super Therm® coated building was the same as the ambient temperature while the uncoated buildings were over 21°C (70°F) higher. 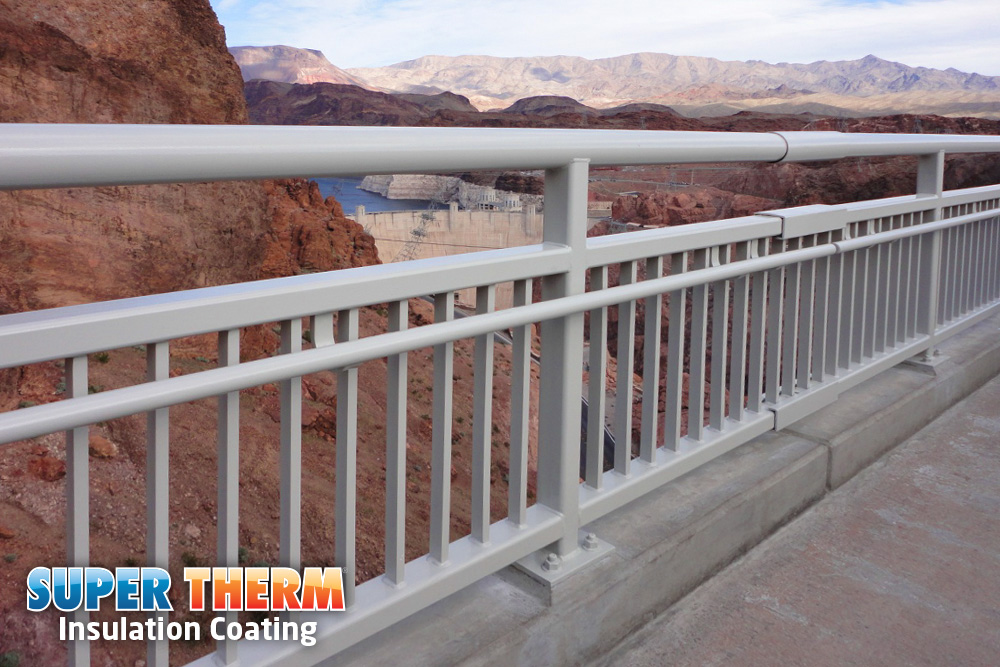 After extensive testing, the SPI Coatings were selected for the railings surrounding the observation deck on the Bridge, which expects 3 to 5 million visitors each year. No other coatings could produce the level of corrosion protection, ease of application, and radiant heat reduction on the railings demonstrated by the SPI Coatings.

A very unique coating system was used on the project call Super Therm®. This product reflects 95% of radiation from the sun. That is why the Federal Highway Department chose this product.

The extreme temperatures of the Arizona/Nevada desert averages 35 to 43°c (95 to 110°F) on most days. The railings that visitors touch are just too hot for skin. Super Therm® as the core heat reduction insulation coating has completely cooled the thermal temperature of the railings and allowed visitors to safely touch.

Aqua Lodge has completely self-sufficient boat houses in Guadeloupe. The boat lodges are 80m² and built to accommodate 4-6 people. The lodges are eco-friendly as they are run on solar energy and emit no pollutants. Due to the location of the houseboats and the need to keep the electricity to a minimum the owners were looking for a way to decrease the effects of the solar heat. It required 2 layers by roller of Super Therm® that were applied after after the roof was cleaned.

After application of Super Therm®, with an ambient temperature of 30.1°c a reading of 42.7°c was taken on the untreated surface while the reading on the Super Therm® surface was 30.3°c. (30% reduction in surface temperature) 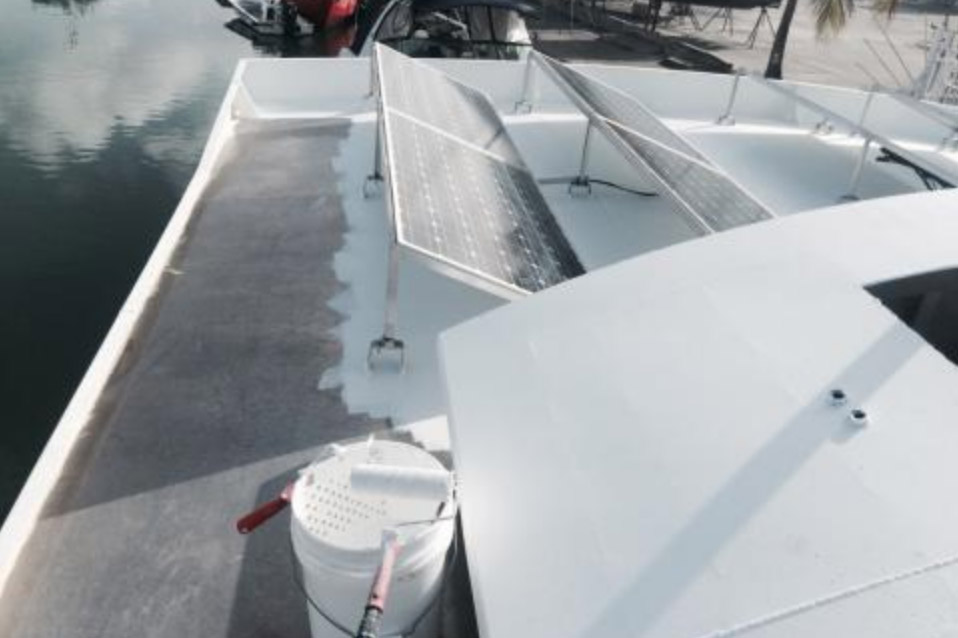 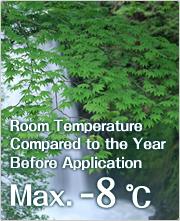 In the comparison with the uncoated building (export warehouse) with the same building structure, the max. room temperature reduction was 5.1℃. The workers recognised the great effect, as well, so they are planning to apply Super Therm® to the export warehouse where they measured the uncoated result this time.

They record the room temperature of the same building on a constant basis, and according to their records the temperature reduction compared to the year before the application was -8℃ (Max). 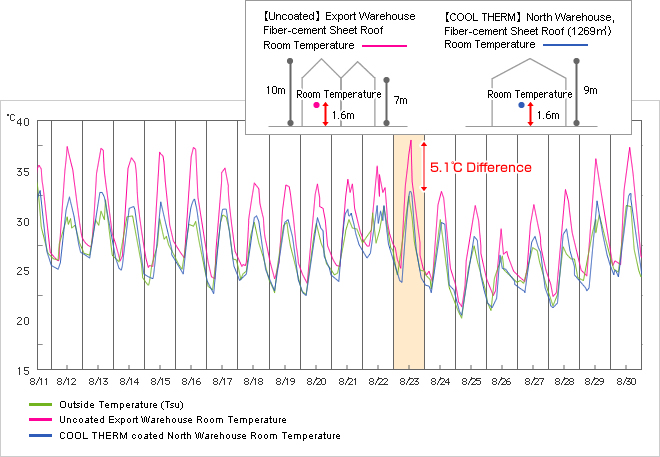 See how Super Therm® can save you money!