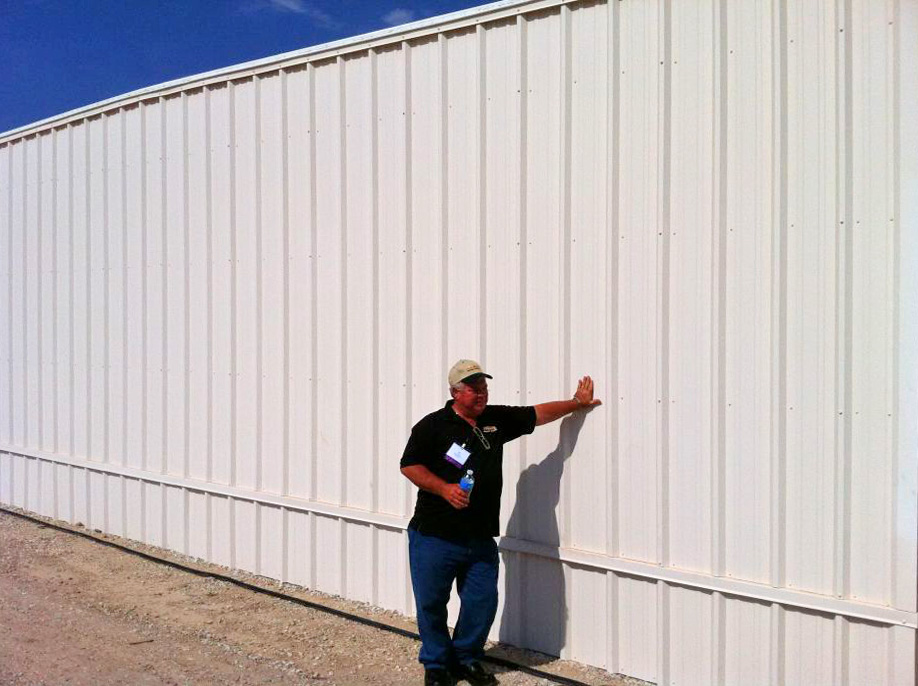 Super Therm® Cool Roof Restoration System was featured as an Innovative Use of Ceramic Coatings to Alter the Approach to Building Heat Gain.

One day prior to the symposium and presentation Super Therm® was applied to the exterior of a typical metal building on the US Air Force base that did not have any traditional insulation or drop ceilings. The days preceding the conference and during the conference had ambient temperatures ranging from 43°c to 45°C (111° to 113°F).

Prior to the presentation and demonstration all air conditioning was shut off for 3 days in order to accurately determine the effectiveness of the Super Therm®  in blocking the heat load onto the metal skin of the building.

After 3 days in 43°c to 45°C desert heat with no insulation or air conditioning the interior of the metal building coated with Super Therm® was 29°C (85°F) of the locked metal building.

After the classroom presentation nearly 200 attendees were bussed to the test site and were asked to touch the exterior side. They we impressed to see that the exterior temperature of the Super Therm® coated building was the same as the ambient temperature while the uncoated buildings were over 21°C (70°F) higher.